Mr. Keyes is currently the Chief Financial Officer of Custopharm, Inc., a private equity backed developer of generic sterile injectable pharmaceuticals, a role he has held since April 2018. From September 2012 to April 2018, Mr. Keyes was the Chief Financial Officer and Corporate Secretary of Digirad Corporation, a publicly traded healthcare services and medical device company. From August 2011 until September 2012, Mr. Keyes was Corporate Controller of Sapphire Energy, Inc., a venture capital backed start-up renewable energy company. From April 2011 to August 2011, Mr. Keyes was the Corporate Controller of Advanced BioHealing, Inc., a venture backed provider of regenerative medicine solutions, until its sale to Shire, PLC in August 2011. Prior to April 2011 Mr. Keyes held a variety of leadership roles in healthcare and medical device companies in finance, accounting, and M&A support, and he started his career in public accounting. Mr. Keyes earned a B.A. degree in accounting from Western Washington University and is a certified public accountant licensed by the Washington State Board of Accountancy. Mr. Keyes is considered a financial expert under relevant rules of the SEC, the NYSE and NASDAQ. 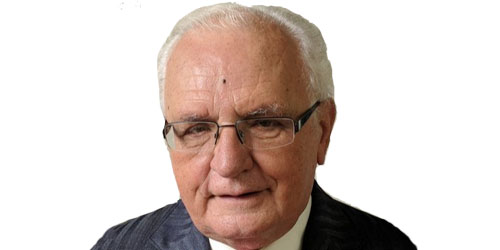 Mr. Evans has been retired since 2015. From 2011 until his retirement Mr. Evans was Executive Vice President – Exploration for KMD Operating Company, LLC. Prior to 2011, he managed international and domestic oil exploration and production projects for several oil companies, including British Petroleum, Texaco, and Pennzoil. Mr. Evans earned Bachelor of Science degree in Geology from the University of California, Los Angeles. Dr. Waldemar Priebe, PhD, Chairman of the Scientific Advisory Board, is a world-renowned medicinal chemist and entrepreneur. Dr. Priebe is a Professor of Medicinal Chemistry in the Section of Immunobiology and Drug Carriers in the Department of Bioimmunotherapy at MD Anderson. Dr. Priebe is the inventor of more than 50 patents and the author of more than 200 scientific publications. As the founder or founding scientist of 6 pharmaceutical companies, including three listed on NASDAQ, Dr. Priebe has been integral in advancing several drugs through the pipeline, five of which entered clinical development. Dr. Priebe led the research that formed basis for the development of agents with high brain uptake (BBB crossing) and is the discoverer of our lead drug candidate Berubicin. Dr. Sigmund Hsu, MD is fellowship trained and certified by the American Board of Psychiatry and Neurology, with extensive experience in the evaluation and treatment of neurological disorders in cancer patients. He specializes in primary brain tumors as well as brain and spinal cord metastases, cancer neurology and the treatment of chemotherapy neurotoxicity. Dr. Hsu has presented research at several national conferences, and his work has been published in numerous journals and textbooks. His most recent research has focused on novel therapies for recurrent primary CNS lymphoma, recurrent glioblastoma multiforme and intralumbar injections for cancer therapy, and he has several patents granted and pending for his treatments. Most uniquely, Dr. Hsu personally treated patients with Berubicin in the Phase 1 clinical trial sponsored by Reata, including one patient with a durable complete response who is still alive today.